What surprised me was when he went out to the mound with a...

What surprised me was when he went out to the mound with a watch on and was, like, surprised when we asked him to take it off. I thought maybe he got a World Series ring and a World Series watch, so that's why he seemed to be angry about that. There was a little glare coming off of it. We don't complain about much here, but at times when he turned his wrist, you could see a glare warming up. Obviously, it wasn't very expensive, the way he flung it into the dugout. Then I realized it might not have been a World Series watch. 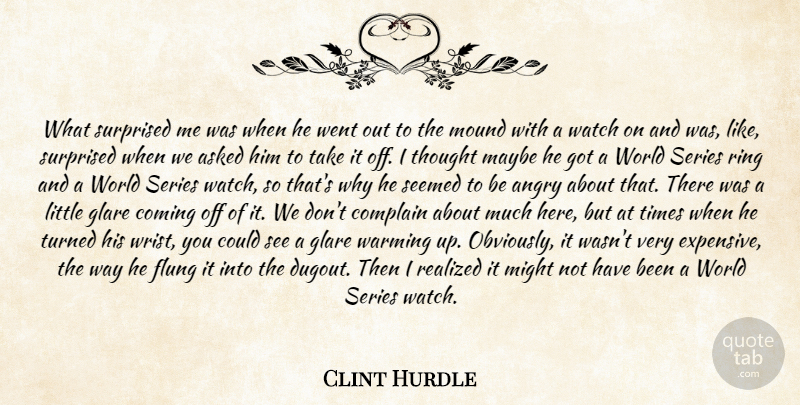